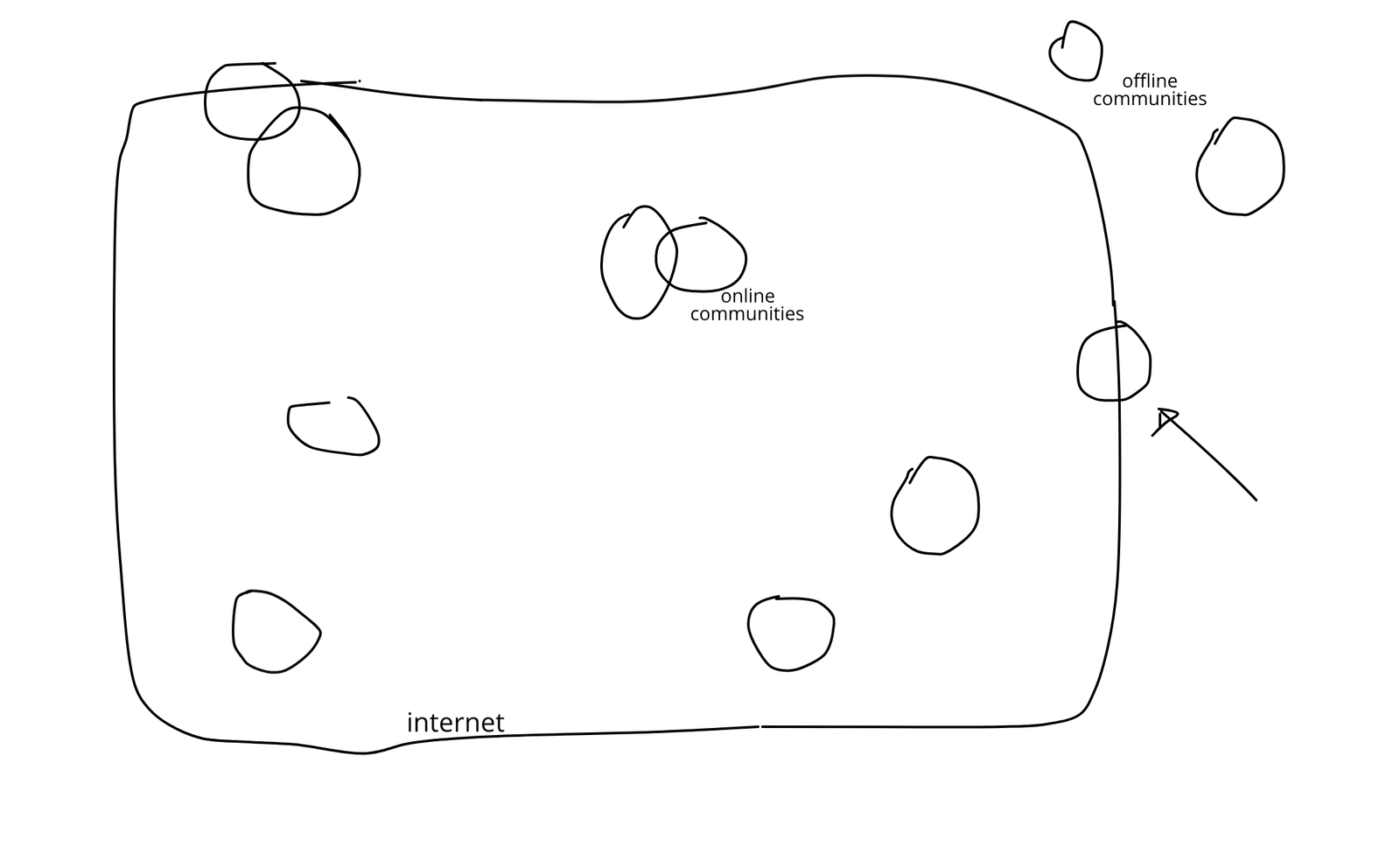 Some things I am thinking about:

Google exited China when I was just about to enter middle school in a small city somewhat close to Shanghai. That was around the time when I really started using the Internet. I was made aware of the importance of the freedom to access information in the digital age and started to see technology as an alternative possibility for that freedom. When censorship is done in the analog world (an example would be books banned from circulation in any market or library), the information being controlled is very hard to access. However, in the case of digital censorship, the counteraction can be easier and safer. Tools such as VPNs provide easy access to locally censored information while offering anonymity to users.

At the same time, these technologies can be alienating and exclusive. For most of the general public with an Internet connection, the loss of Google did not have a substantial effect. But because of the government’s central control over digital information and the public’s need for open knowledge and discourse, the Internet in China grew into a very different thing then in most of the western countries. Even though there is a bootleg version of Facebook that was popular very briefly, it was forgotten quickly. There seem to be somewhat less of an interest in creating a version of real identities and connections virtually, and more of one in creating and discovering new communities through channels of online communication. Forums and chat groups became an important part of online activities for a lot of people. These forums and private chat groups are still monitored and censored by the government. After sensitive topics and keywords come up in a group chat, the chat group would usually get deleted. Even then, people were able to come up with alternative terms that address the same subjects without hitting the keyword detections. These forums therefore are becoming important channels for knowledge and discourse.

I moved to the states for college. I went to a computer engineering program that was very competitive. Having gone into the program because of a fascination towards the poetics of computing, I soon became very disillusioned. My peers were the people who wanted to build digital infrastructures, but many of them fail to think about the communities being affected by the infrastructures outside of being either users or a part of the datasets. Everyone was concerned with efficiency and marketing, but few thought about the ethics of coding and algorithmic bias. During my first months in the program, I was told by almost every professor for the engineering classes I took that the program would be hard, but the financial payout was promising. I became skeptical of the approach taken by core engineering programs and the disconnect between the general social science classes and the technical classes.

I was introduced to experimental music and performance art and started going to shows in living rooms, basements, and alternative venues. Around the same time I moved to Boston and transferred into a studio art program. I started booking and running shows as well as performing in them. I was excited by the ecology of these subculture communities and the focus on ideals and inclusivity. This extends to the larger creative community, but is unique in its dependency on a gift economy. A small group of people actively participate through creative endeavors, contribute through small donations, and usually both. This community thrives on the idea of supporting and caring for each other. However, communication is largely based on proprietary platforms that can limit the freedom of such communication while contradicting (or at least poorly reflecting) the idea of caring. 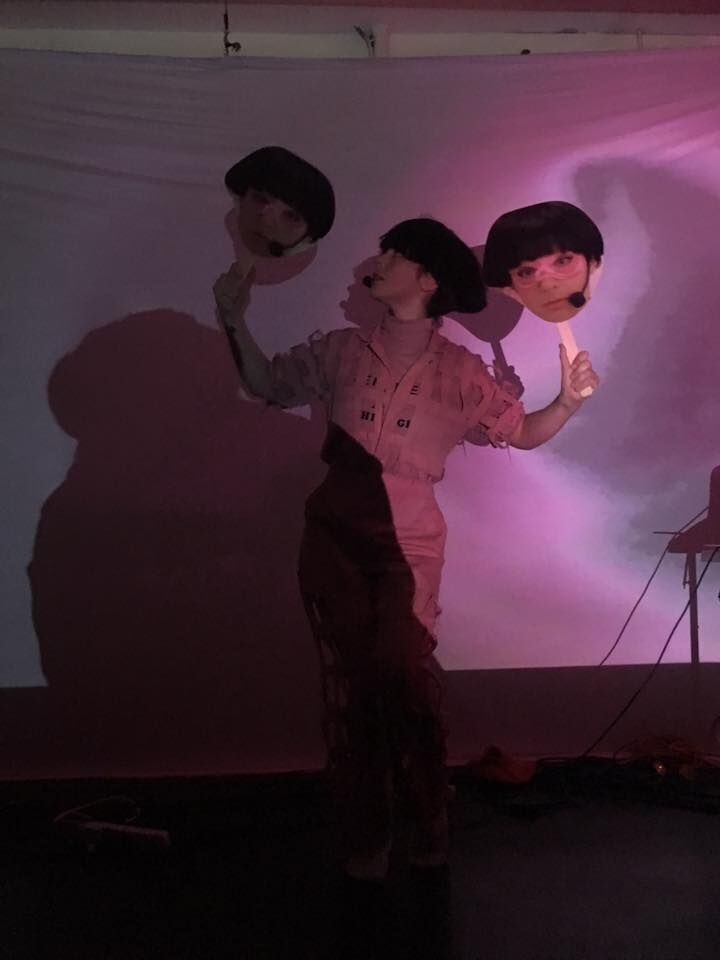 Becoming Posthuman was an event I co-curated last year. I was trying to use the model of DIY underground shows on a new media art show. My own art practice involves playful investigation of technology both critically and romantically. Recently I have been thinking a lot about how art like mine can exist within the larger art world. Is it necessary to adapt to the old institution and create tangible artifacts that a gallery can sell, or is it more important to establish new institutions?

Traditional functions of art spaces see art as merchandise, and unavoidably have to consider the function of art for its patronage. Most of the art being made will not enter art museums. The end result of most art should not be as decoration in a private home or in an inconsequential semi-public space (such as hotels and offices).

The first thing that has to be conserved or even created is a situation where art can be seen and accessed. Why is this so? Because art is not art if it cannot be seen.- Hito Steyerl.

A new structure for creative communities and the art world at large should consider a redistribution of power that is conscious of the post-internet context and what that means for the process of learning, creating, and dispersion. The distinction between the artists and the curator becomes vague. Traditionally, the curator represents the institutions. As art and curation integrate with each other, maybe it is time to think about a collective approach / strategy as a more sustainable model for creative communities.

I was introduced to the idea of distributed systems by a friend who was looking into creating a mesh network in areas in Boston. Mesh networks immediately became interesting to me. It creates an ecosystem that promotes communities that are both offline and online. It allows for offline local communities to expand to a local “online” and vice versa. This is interesting in that it strengthens and broadens offline communities by creating another channel for communication, while adding an element of caring to digital connections. A similar case can be made for a distributed internet. Besides the expansion of communities, it also gives each member more access and control over information.

One important question that was brought up during a conversation about potential mesh networks in Boston is how to make people want to use it. How do we make a tool accessible to anyone, and not just the technologists?

This is something that has to be considered. These distributed systems are exciting new infrastructures that can subvert power structures and give the power of data and information back to the people. In developing these new infrastructures, we need to build with care and consideration of communities.